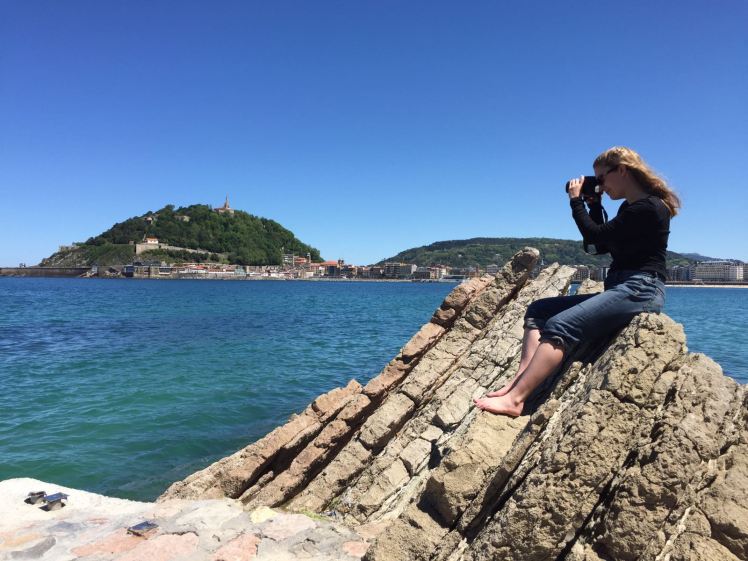 I recently hopped on a bus and ventured up to San Sebastián on the northern coast of Spain. In addition to 1) the landscape being as breathtaking as described and 2) the food being even better than I was told it would be, I learned a few important lessons that I thought I would have known by this point in my international study experience:

Get on the bus, train, plane, or whatever transportation you need to make it happen. I had 1,000 reasons lined up for why it was better to stay at home and work in Madrid this weekend, but my friends eventually convinced me to go to the Basque country with them. They were right; it is easily one of the shortest but most memorable trips I have taken during my time here in Spain. 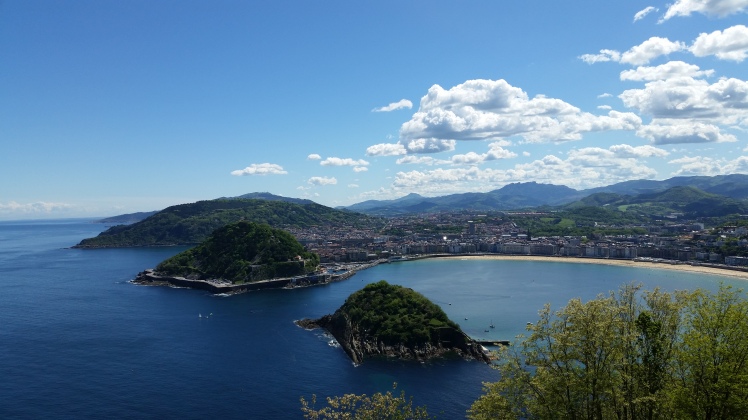 The first night my friends and I were in San Sebastián, we ignored the rain and ventured out into our neighborhood “cervecería up the hill. When we stepped inside the tiny bar-restaurant, the TV in the corner was blaring fútbol (soccer), kids were weaving in between the adults, and families were clustered together, clutching their beers and craning their necks to see the game. A Yellow Lab made the rounds to each group, receiving pets from everyone. We found seats at the bar and sat there, just watching everyone. As the game wore on, dads scooped up their sleepy kids and families left, waving to the bar tenders on their way out. By the end, we were watching a few very invested fans jumping up and down, shouting in front of the screen. We kept to ourselves, but absorbing that slice of local culture is something I will always remember when I think of San Sebastián. 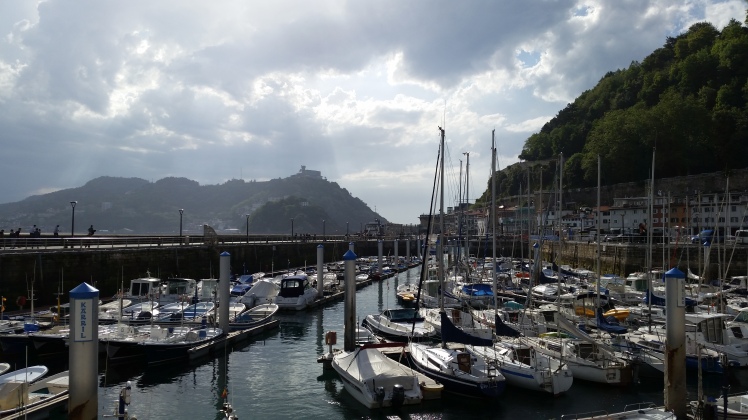 3)      Always, ALWAYS try to start conversations with the locals.

I may sound like a broken record, (this theme has popped up in some of my other posts) but I am always astounded by the experiences I have when I get my nerves together and dare to make a comment or ask a Spanish stranger a question. Today’s example: cider.

After watching the ocean sunset, we went exploring for pintxos (which are basically Basque tapas), because who wouldn’t want to try amazing seafood pintxos? We entered another packed bar, this one full of older couples and groups of friends. Once we finally figured out how to order the tapas we wanted (they are all laid out on the bar, and you have to pick the ones you want and tell the bar tender) we looked at the drinks. A group of older men next to us ordered something refreshing, so we asked them what they were drinking. They happily explained that it was cider. They then shouted to the bartender to pour us a glass “para probar” (for us to “try”) and it was delicious. They then lifted their glasses and said “cheers” with us. It was a such a welcoming, simple gesture that would never have occurred if we hadn’t asked what they were drinking in the first place.

If you’re considering a trip to San Sebastián and the Basque country, go, I promise it will be worth your time!

This is a text widget. The Text Widget allows you to add text or HTML to your sidebar. You can use a text widget to display text, links, images, HTML, or a combination of these. Edit them in the Widget section of the Customizer.
Loading Comments...
%d bloggers like this: